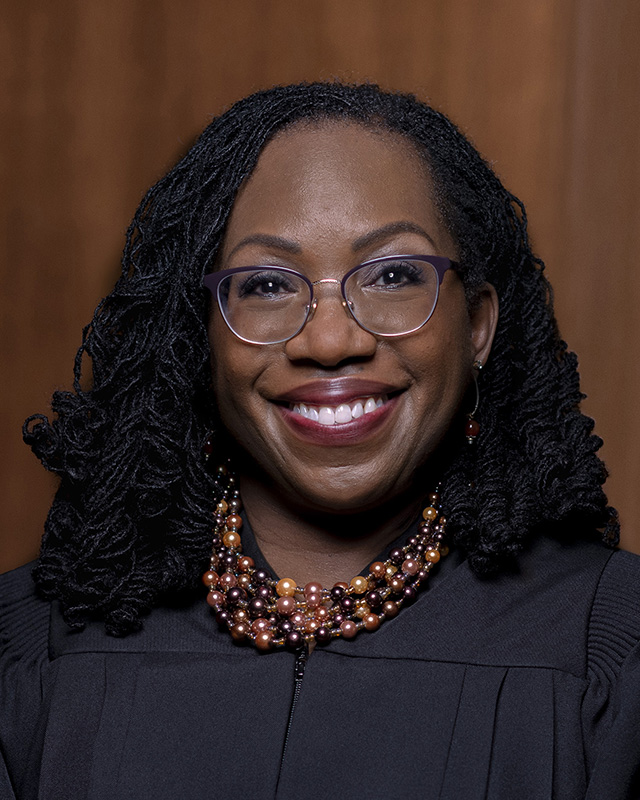 Image Credit: Collection of the Supreme Court of the United States

Justice Jackson was born in Washington, D.C. on September 14, 1970 where both of her parents taught in public schools. The family moved to Miami, Florida where Justice Jackson attended public schools. In high school she excelled in debate and speech competition. She enrolled in Harvard University in 1988. In 1992, she graduated from Harvard-Radcliffe with a Bachelor’s Degree in Government. She earned a Juris Doctor (J.D.) from Harvard Law School in 1996.

After law school, Justice Jackson’s career included private practice, and three federal clerkships, including a clerkship for Associate Justice Stephen G. Breyer at the Supreme Court of the United States. In addition to professional experience in private practice, she also worked in public service. She worked for two years for the United States Sentencing Commission, 2003-2005, and as a federal public defender from 2005-2007. She returned to the U.S. Sentencing Commission as a commissioner in 2010.

She served on the U.S. District Court for the District of Columbia from 2013 until her nomination to the Supreme Court of the United States. After her confirmation, she took the oaths of office on June 30. 2022. The Justice is married to Dr. Patrick Jackson, and they are the parents of two daughters.