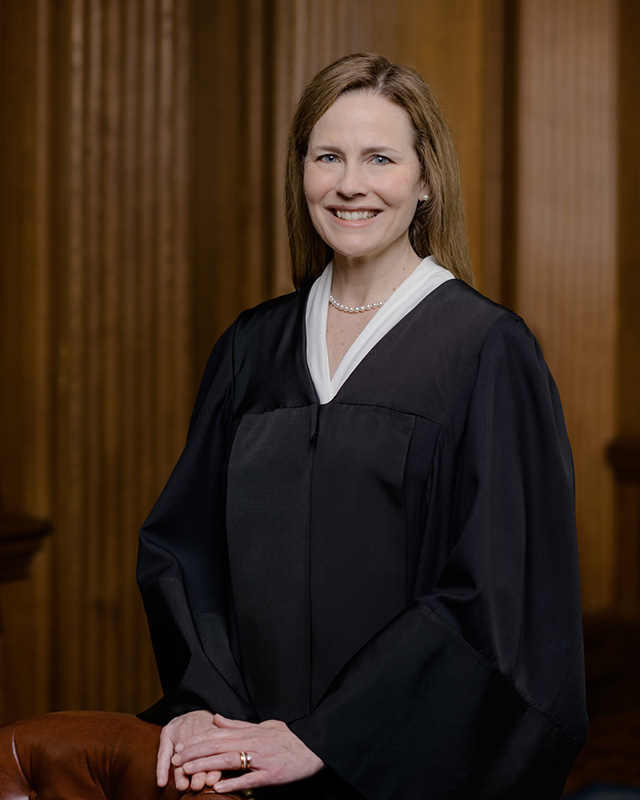 AMY CONEY BARRETT, Associate Justice, was born in New Orleans, Louisiana, on January 28, 1972. She married Jesse M. Barrett in 1999, and they have seven children – Emma, Vivian, Tess, John Peter, Liam, Juliet, and Benjamin. She received a B.A. from Rhodes College in 1994 and a J.D. from Notre Dame Law School in 1997. She served as a law clerk for Judge Laurence H. Silberman of the U.S. Court of Appeals for the D.C. Circuit from 1997 to 1998, and for Justice Antonin Scalia of the Supreme Court of the United States during the 1998 Term. After two years in private law practice in Washington, D.C., she became a law professor, joining the faculty of Notre Dame Law School in 2002. She was appointed a Judge of the United States Court of Appeals for the Seventh Circuit in 2017. President Donald J. Trump nominated her as an Associate Justice of the Supreme Court, and she took her seat on October 27, 2020.