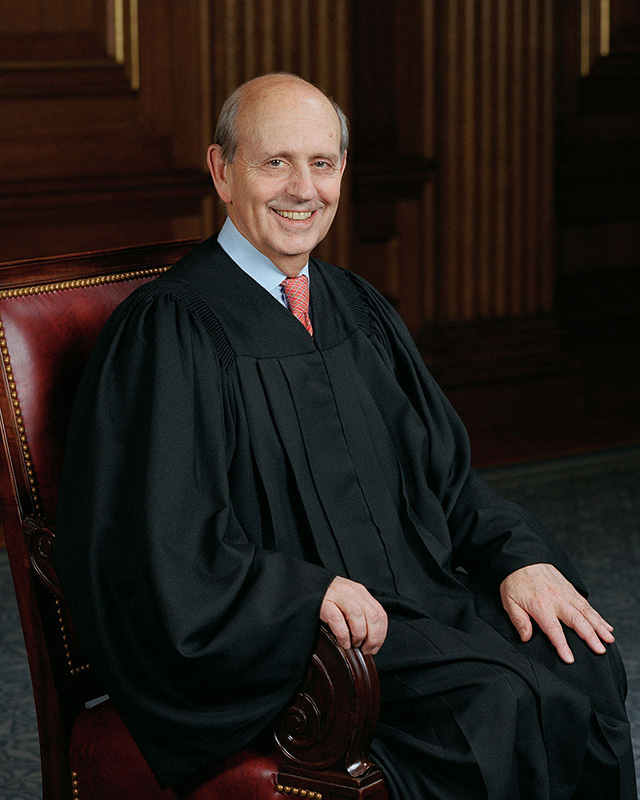 STEPHEN G.BREYER was born August 15, 1938, in San Francisco. He was graduated from Stanford University in 1959 and traveled to Oxford University on a Marshall Scholarship where he received a B.A. from Magdalen College in 1961. Breyer earned an LL.B from Harvard Law School in 1964. He served as a law clerk for Associate Justice Arthur J. Goldberg of the U.S. Supreme Court during the 1964 Term. From 1965 to 1967 Breyer worked in the U.S. Department of Justice as a special assistant to the Assistant U.S. Attorney for Antitrust, Donald F. Turner. In 1967 Breyer began his academic career at Harvard Law School, where he taught until 1994. He also taught at the Harvard University Kennedy School of Government from 1977-1980. In 1973 Breyer returned to Washington, D.C., as an assistant special prosecutor in the Watergate investigation. He stayed on for the following two years as special counsel to the Administrative Practices Subcommittee of the Senate Judiciary Committee. In 1979 he served for two years as chief counsel of the Senate Judiciary Committee. President Jimmy Carter appointed Breyer to the U.S. Court of Appeals for the First Circuit in 1980 and he became its Chief Judge in 1990. He served as a member of the U.S. Sentencing Commission from 1985-1989. The following year Breyer became a member of the Judicial Conference of the United States. On May 14, 1994, President Bill Clinton nominated Breyer Associate Justice of the Supreme Court. He took the oath of office on August 3, 1994.